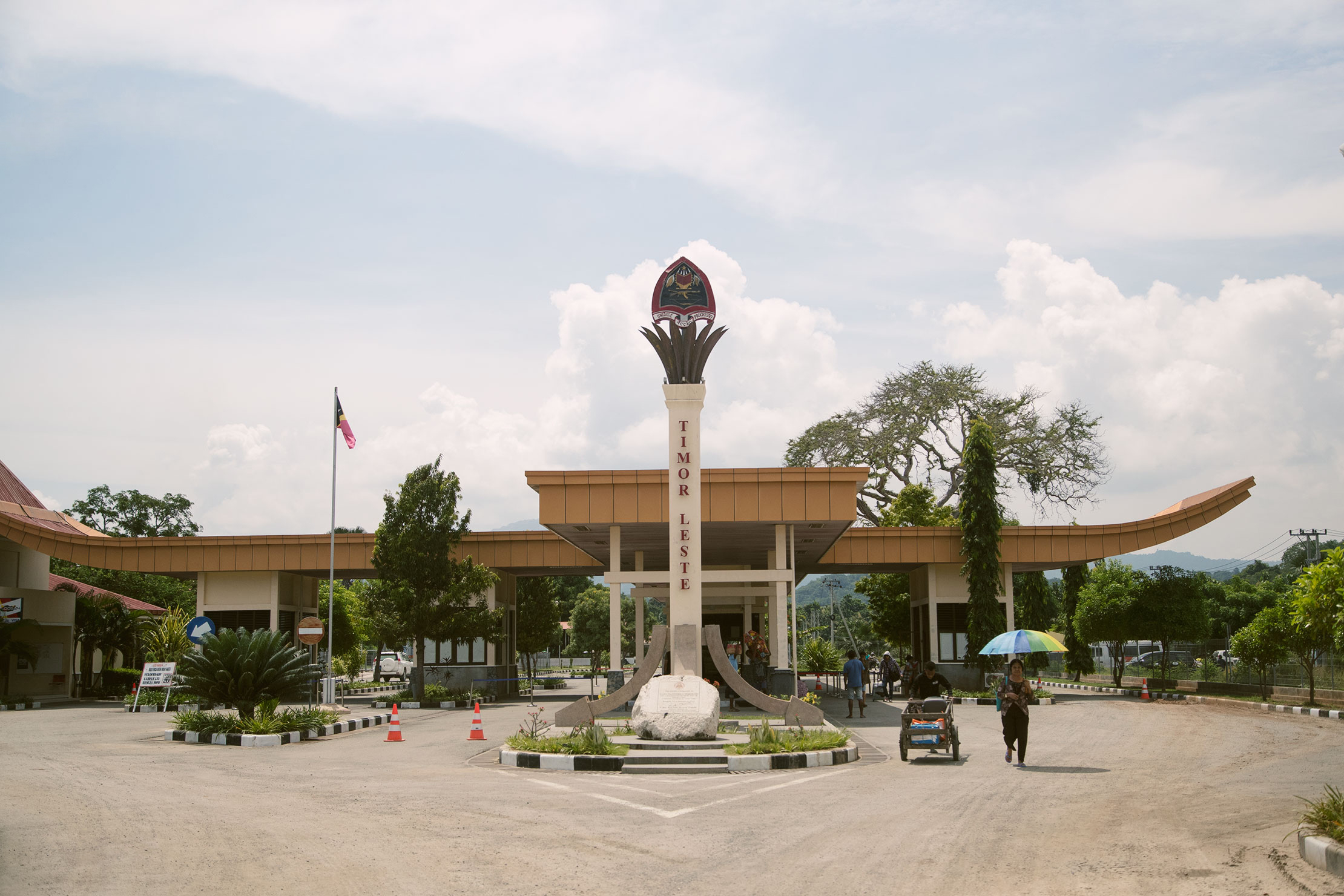 Sometimes you don’t understand the significance of what you are doing till afterwards. I think this was the same feeling and understanding after visiting Timor-Leste – this small island nation. A nation that had nearly a quarter of its population killed and displaced through the ongoing and unnoted, and under-reported violence that had occured some thirty and forty years ago. More than 200,000 people died under the cruel campaign of Indonesia’s military rule – with an estimated population of 800,000 at its peak. I, like most other people in the western-world, haven’t even heard of this country, let alone the violence that surrounded it.

Going there and visiting is nothing brave or remarkable however, so the significance isn’t an external change for anyone to see. However, it should make us realize the small hidden facets of our own blindness, our lack of understanding and knowledge in this world and perhaps, make us more curious about places not seen on the typical radar. The situation here is complex. On this small half-island nation, you’ll find something different. Friendly people, who had only suffered under military rule – a short twenty years ago, make you wonder how they can be this way. It’s rural and rugged and tough to travel in, even in the capital city. This leads to more adventure than you can find elsewhere. But then, you’re constantly reminded that you are travelling on the footsteps of war trotted paths. It will feel like you are the only foreigner there and you’ll see so many new sights and experiences. I’m glad I got the chance to see this new nation. 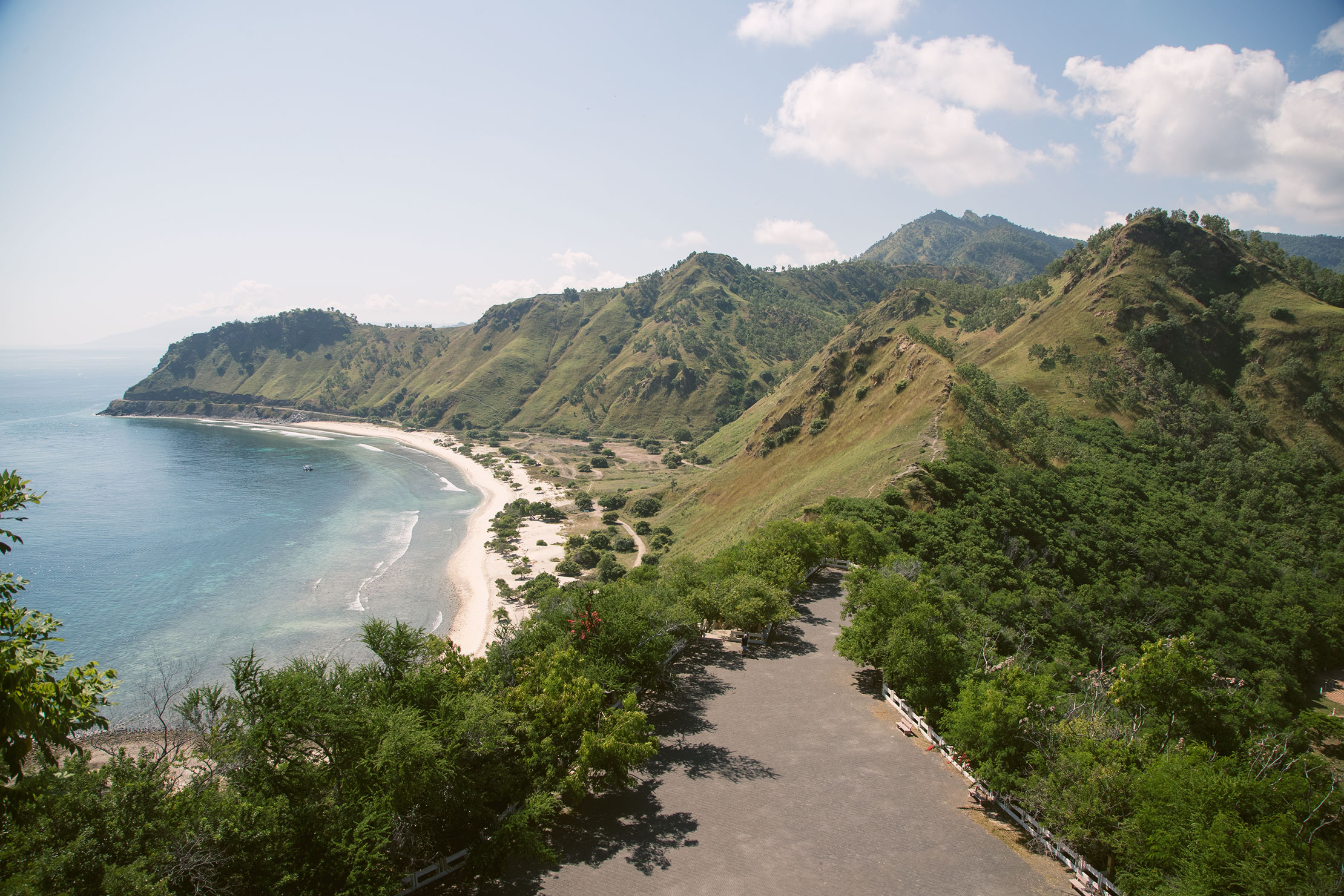 Related: The Island You’ve Never Heard Of. Why Borneo Should be on the Top of Your Travel List.

In a quick summary, Timor-Leste is one of the newest countries in the world. Many people haven’t even heard of it. It had declared independence from Portugal in 1975 after 400 years of colonization, but wasn’t fully sovereign until 2002 after a long battle of wars for independence with Indonesia. By September 2002, Timor-Leste finally was received as the 191st nation included in the UN list, but there are still scars from the wars and battles, and its history is still fresh in people’s mind. 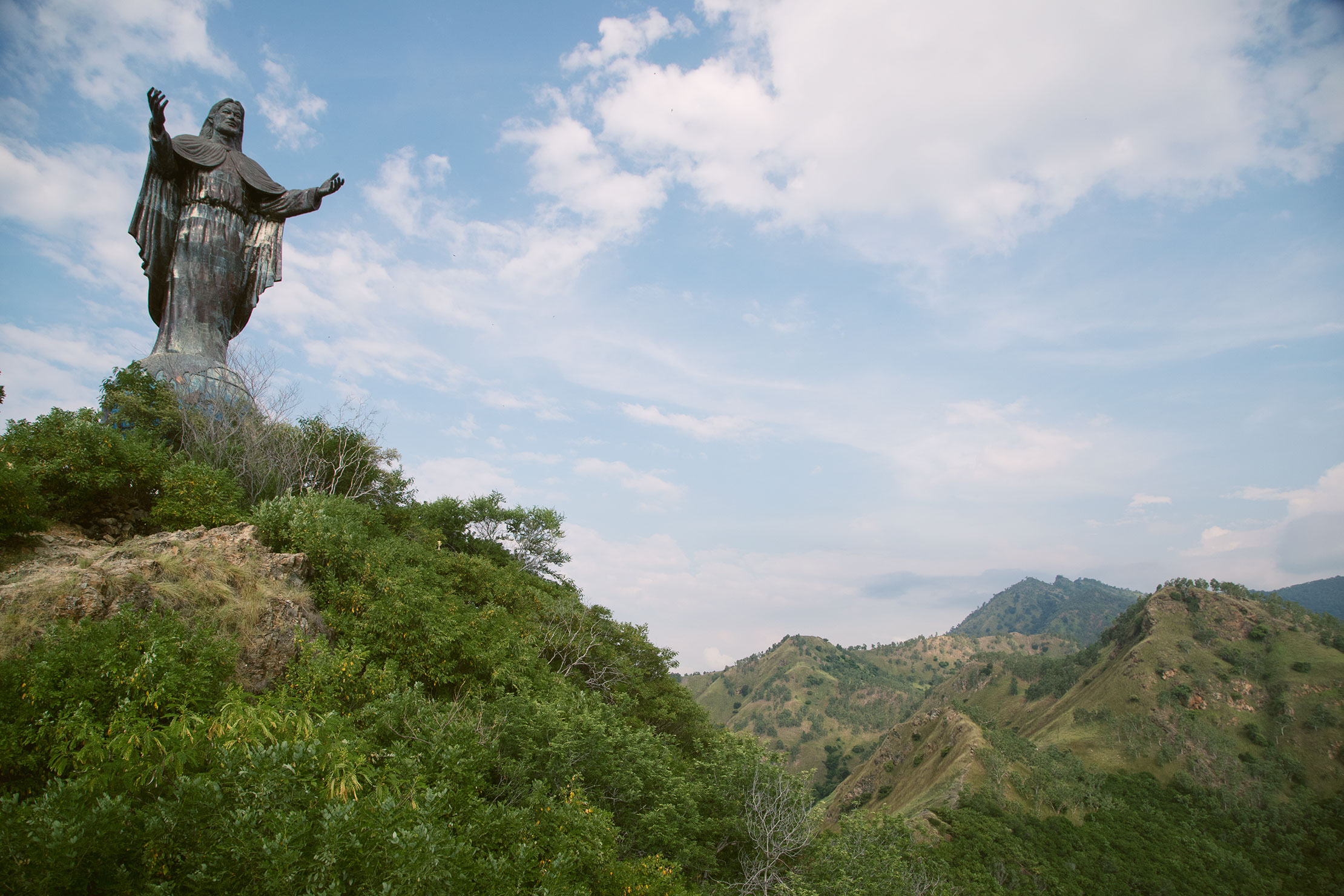 For those who don’t know, Timor-Leste is located at the far eastern end of the Indonesian archipelago. The country splits the island of Timor into one Indonesian half and the other. The capital and the main port of entry is Dili. Kupang, Indonesia is usually another entry point to the country – although this means enduring a 12-hour bus ride overland. It’s not the most comfortable ride I’ve ever had, especially on the Timor-Leste side, but it was an adventure and I’d probably do it again.

Visiting Timor-Leste requires a visa. If you decide to fly, then a direct flight from Darwin is your best option, this also allows you the option for a Visa on Arrival at the Dili airport. However, if you travel by land from Kupang, Indonesia – the closest and cheapest gateway city – then you will have to apply for a Visa Application Authorization at the embassy ahead of time. This will take at least three business days to complete and can be done at the embassy in Kupang or Bali. You will need to bring a bank statement, a passport photo, and $30 USD (to pay at the border, not the embassy) If you ask the right people, it can be shortened to a day or two.

As a side note, the staff at the Timor-Leste Embassy in Kupang are very friendly. (Thanks for your help!)

So flying is the easiest option, but it is not cheap. If you take the bus route, be prepared for a 12-hour bus ride from Kupang to Dili (you will leave at 4:30am and arrive late in the night at perhaps 5:00pm or in my case 7:30pm). It’s about $24 USD one way, but you’ll see a lot of the land and meet a lot of the other Timor passengers too. The company is called Paradise Bus. A final, but less appealing option is to take a cruise that has a port stop in Dili.

Related: Watch Balibo (movie) for some of the history related to Timor-Leste.

The Capital of Timor-Leste is Dili, a relatively small city that is easy to navigate, and has many places to visit in the city and close by. Here, you can find at least one hostel open (Dili Central Backpackers may have already closed by the time I publish this, but Timor Backpackers is a new option, and Timor Homes is a new B&B). Otherwise a hotel is the next option. There are microlets (shared minivans) that traverse the city frequently during the day. They cost 25 cents per ride. This is the map to use when trying to figure out where they stop. If you are lost, most end up at the Taibesse Market, in the center of town near the mountains. (Use the Maps.me app to navigate). 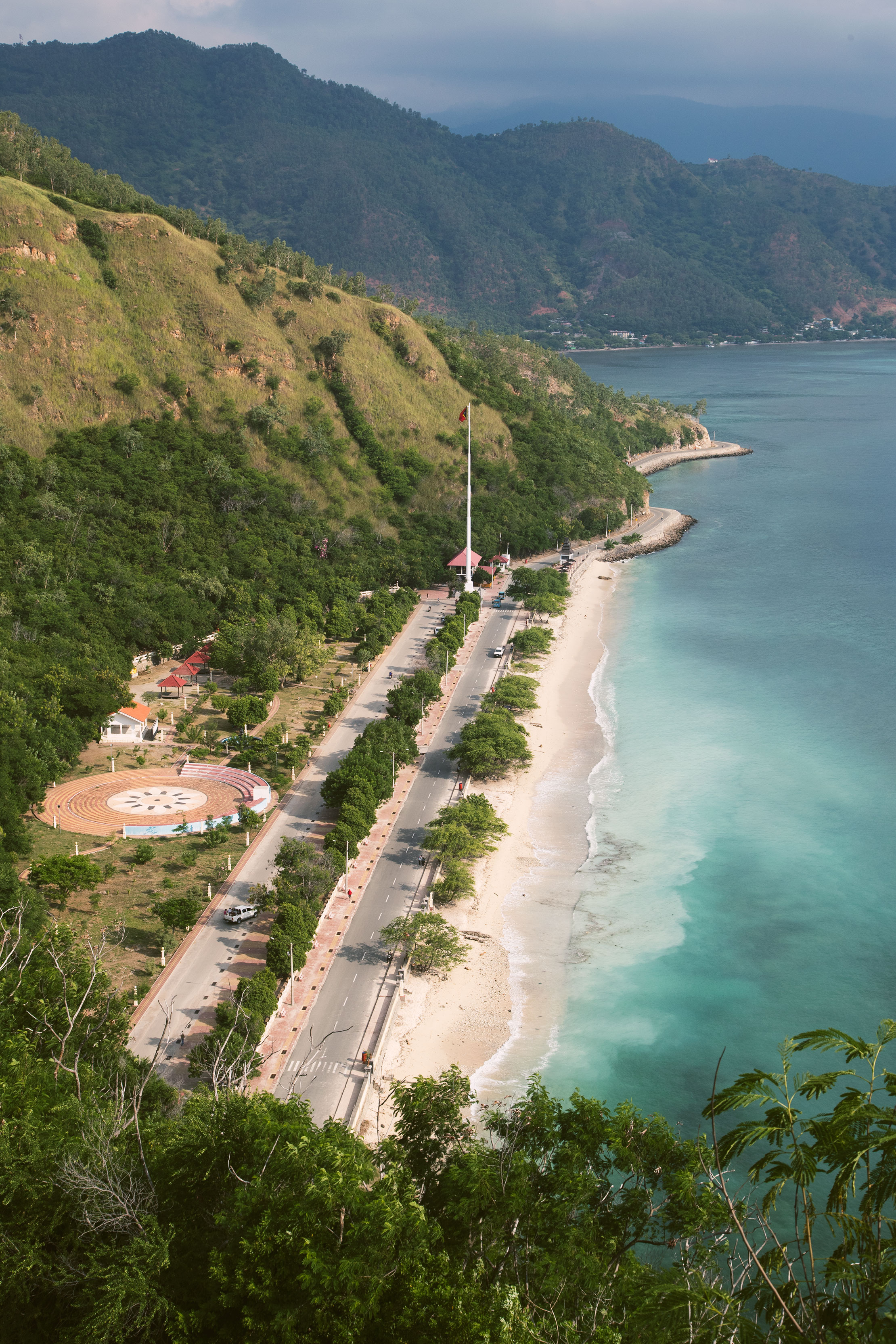 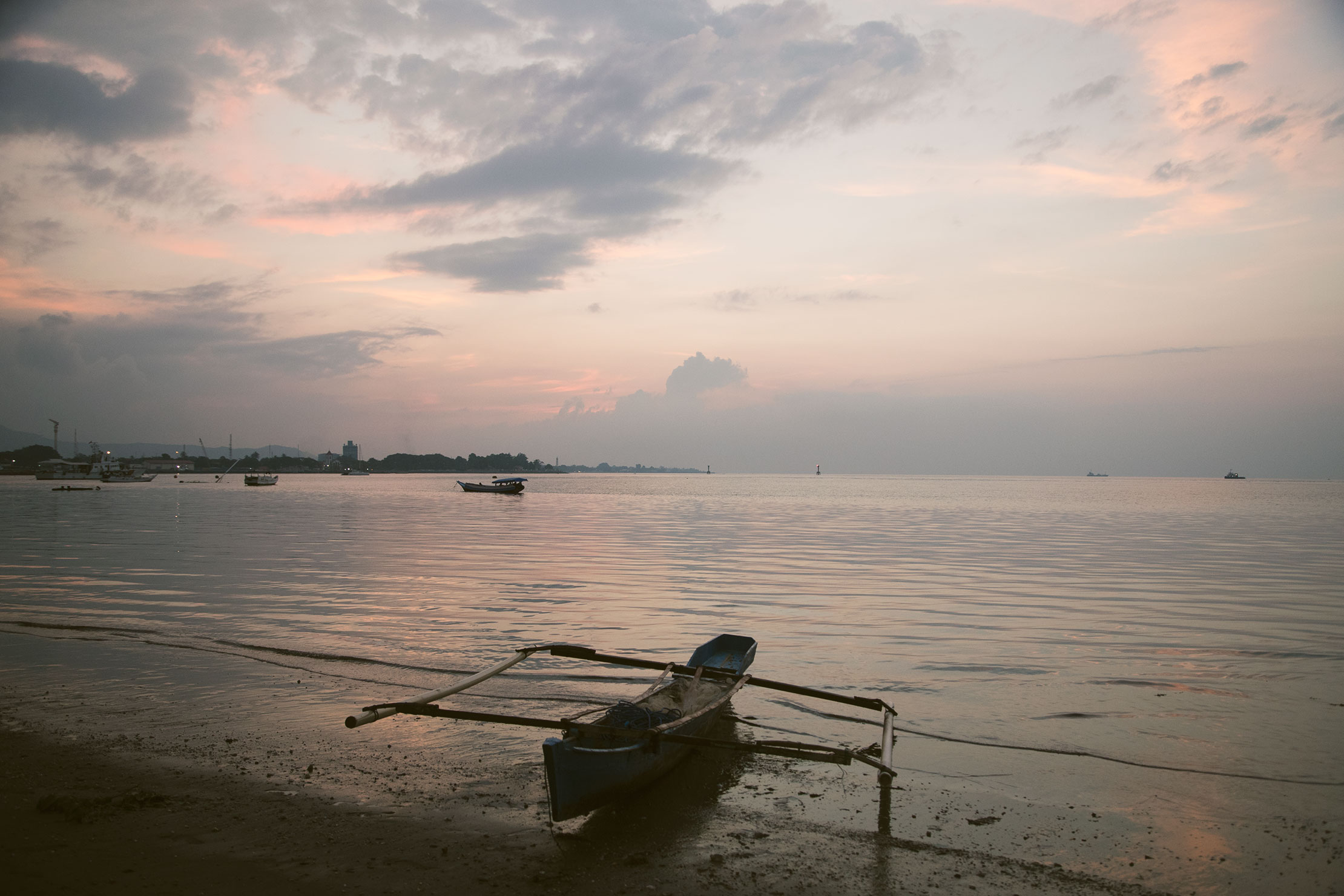 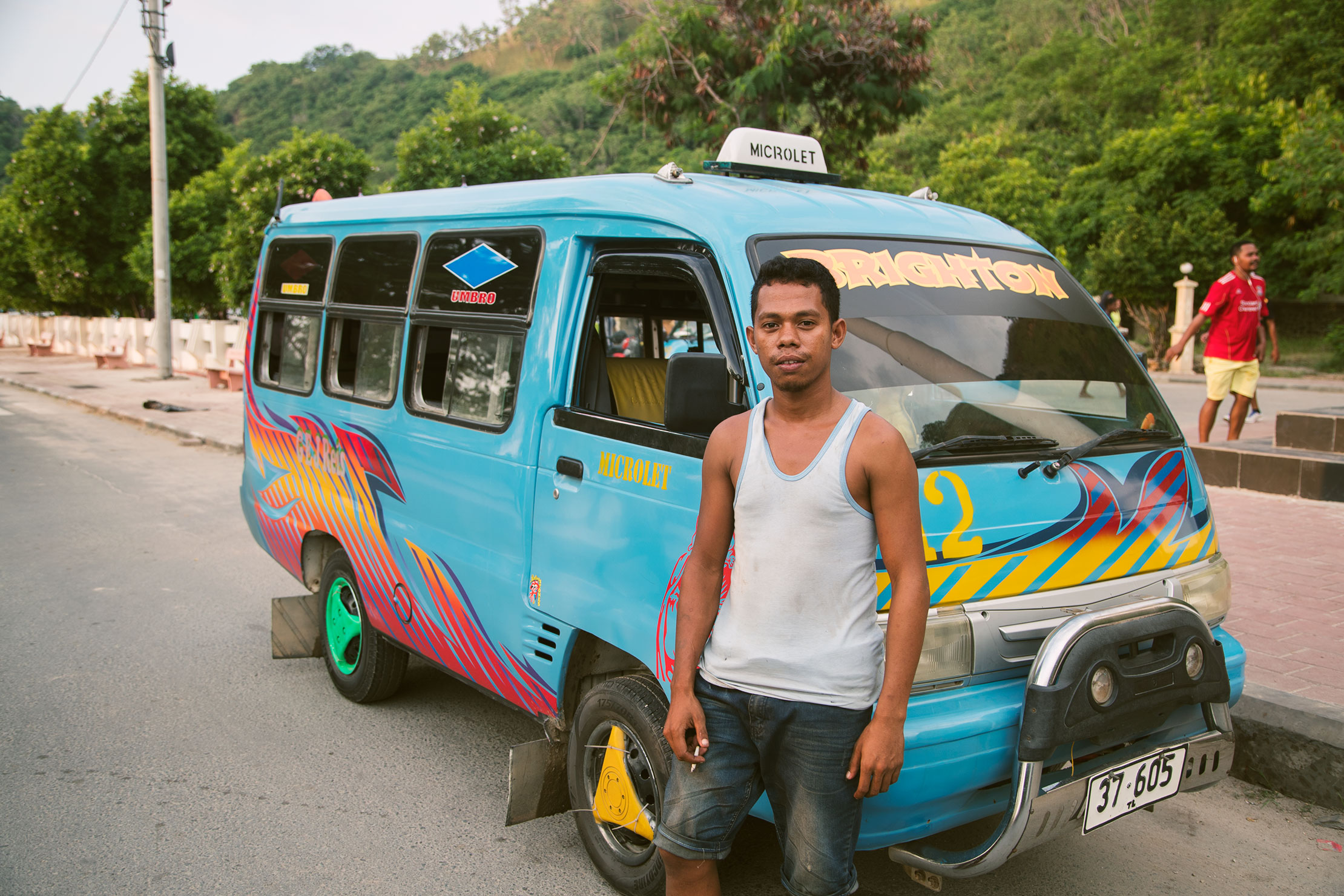 Around the city you’ll find all sorts of cool places to visit. The list below is all you need to know. 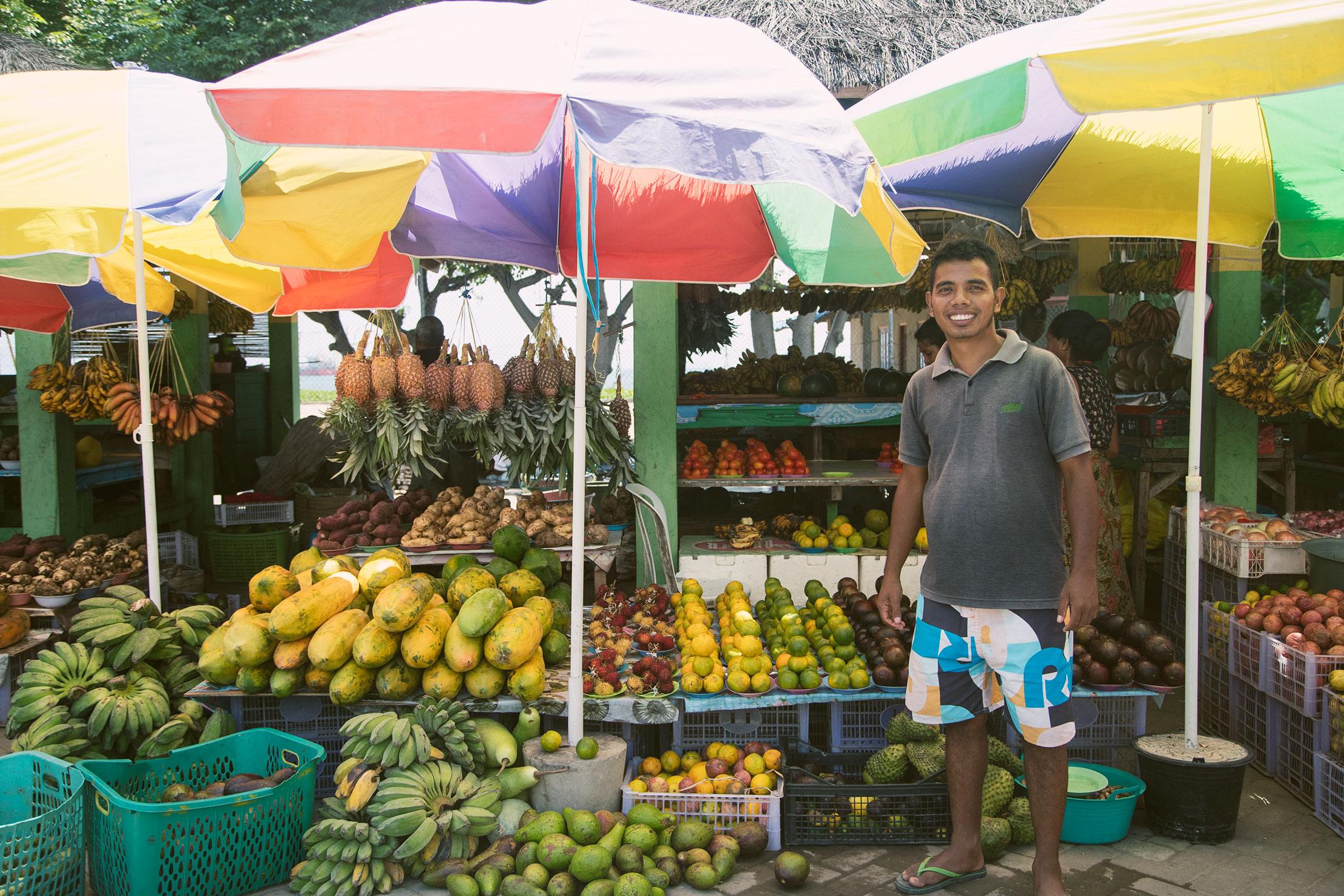 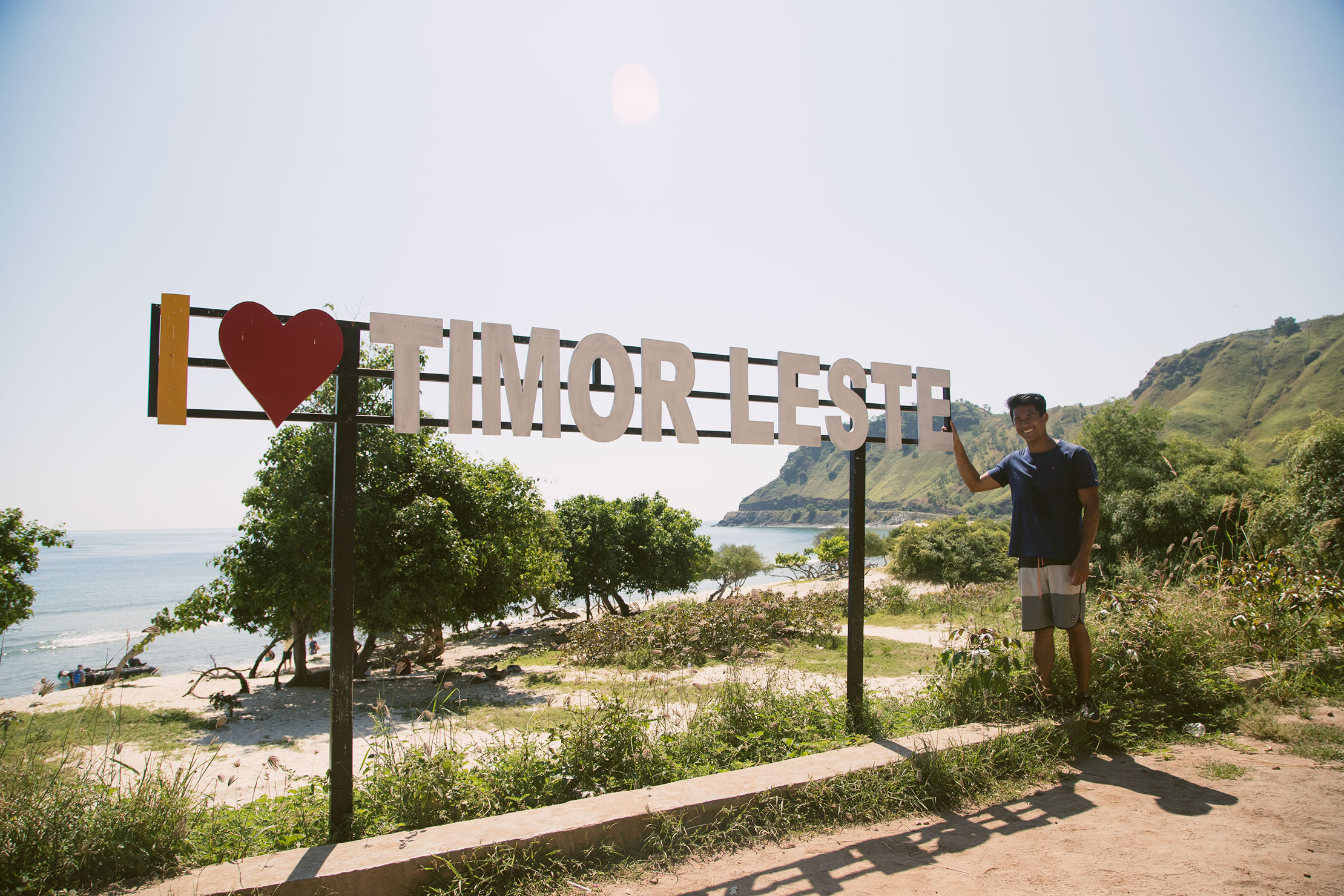 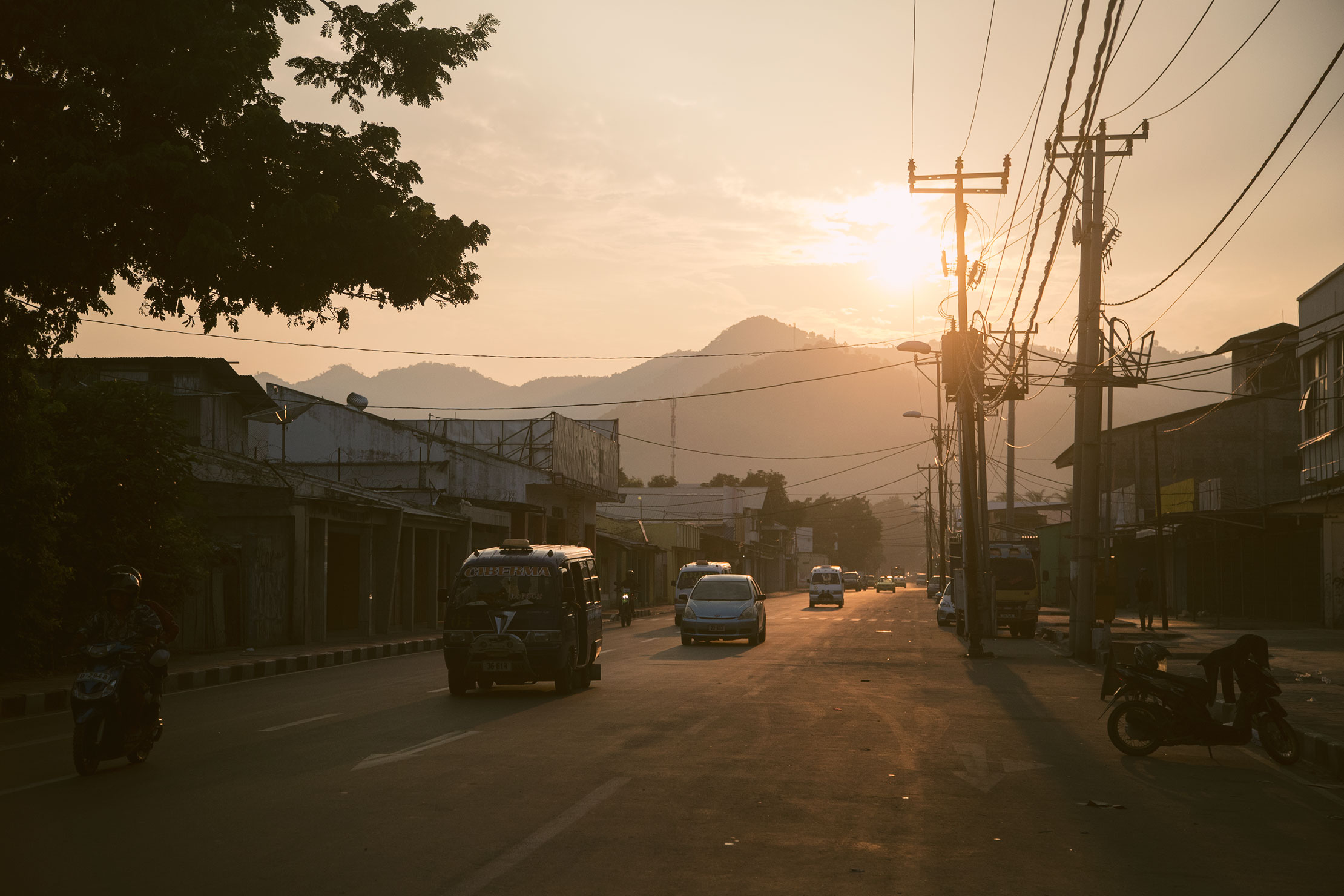 A main draw, and need to do item in Dili is Cristo Rei, located on the easternmost peninsula of the city. Set atop a small hill, the statue stands out and is seen from many vantage points in the city. You will need to climb up 570 steps – a pilgrimage of sorts – to the top of the mountain in order to view it. Along the way, engraved in the rock cliffside, are markers showing the story of Christ’s crucifiction. The statue is a small replica of the Christ statue in Rio, but still impressive on its own. To get there, you can take the number 12 microlet, which ends at the park that is the start of the trail. 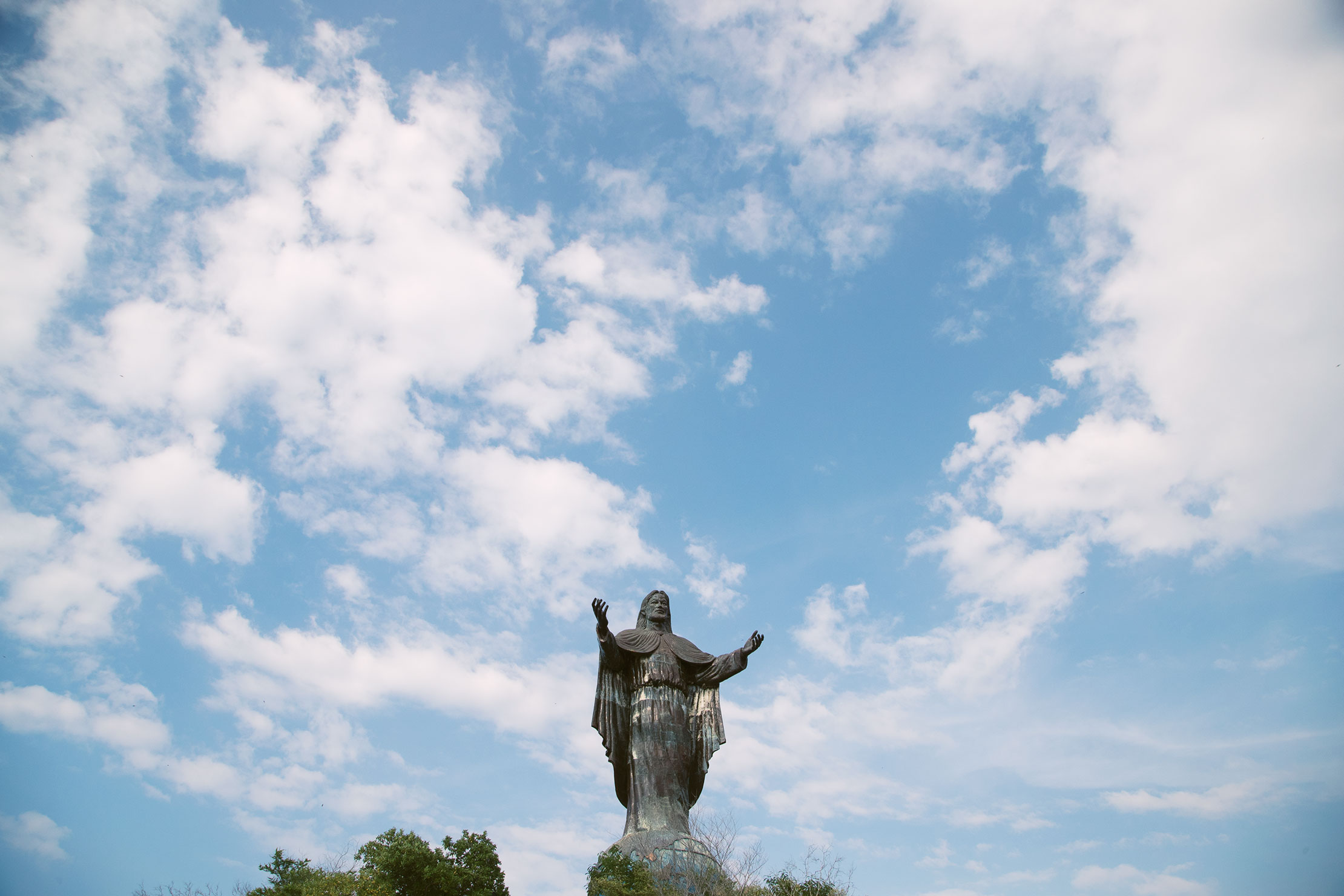 Connected to the Cristo Rei pathway is Backside Beach, a small secluded area that only a few people visit. It’s mostly a local’s spot and you will sometimes see people swimming, if the water is clear and the tide is high. It’s worth the short climb down if you have time, or you can admire from a third fork in the pathway that leads up the hill just a bit. 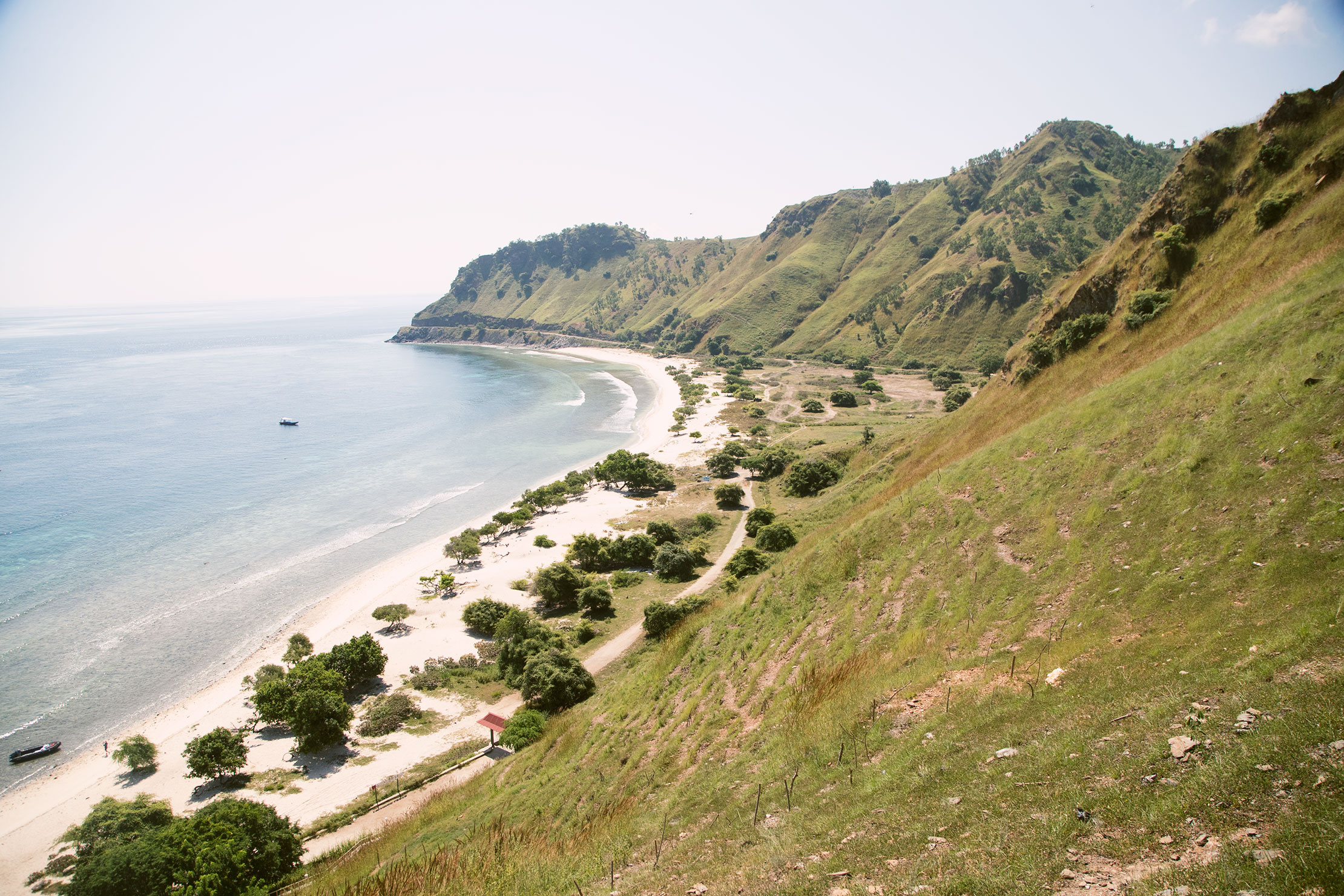 Praia in Portuguese means beach, and Praia Cristo Rei sits on the front side of the mountain, closer to Dili – as opposed to Backside Beach. Here, the water is clear and swimmable. It’s worth a dip after making the hike up to the statue. 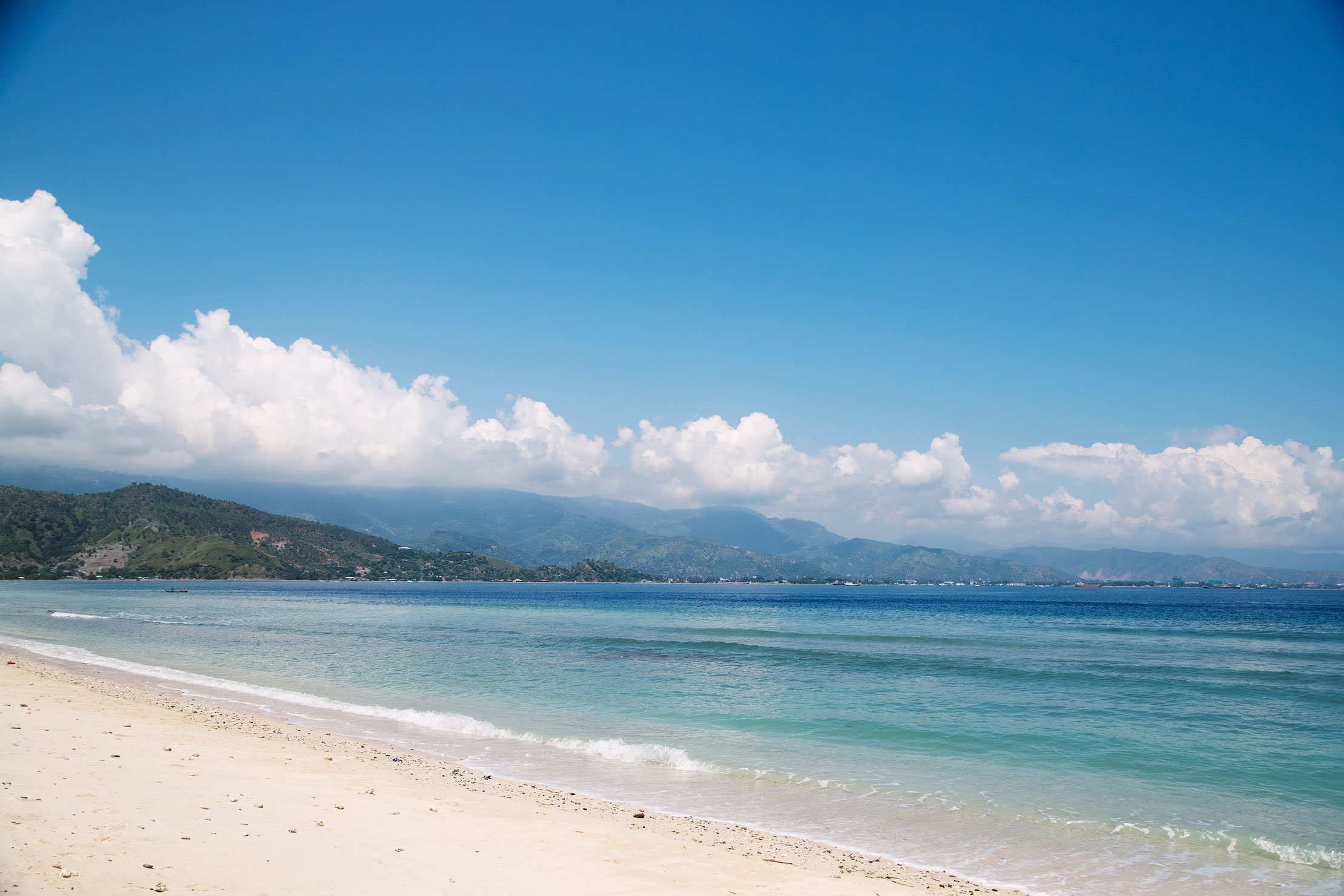 Seeing the Archives & Museum of East Timorese Resistance is a must do to fully appreciate the country. You will learn about the history and struggle that makes Timor-Leste the place it is today. Surrounded by huge murals and info boards, you’re bound to learn many new facts and surprising figures. The museum does a good job of outlining the history and reinforcing the key events that took place. Going back, I would visit the museum first before seeing the other sites in the country. It creates a huge amount of significance to the place & people. 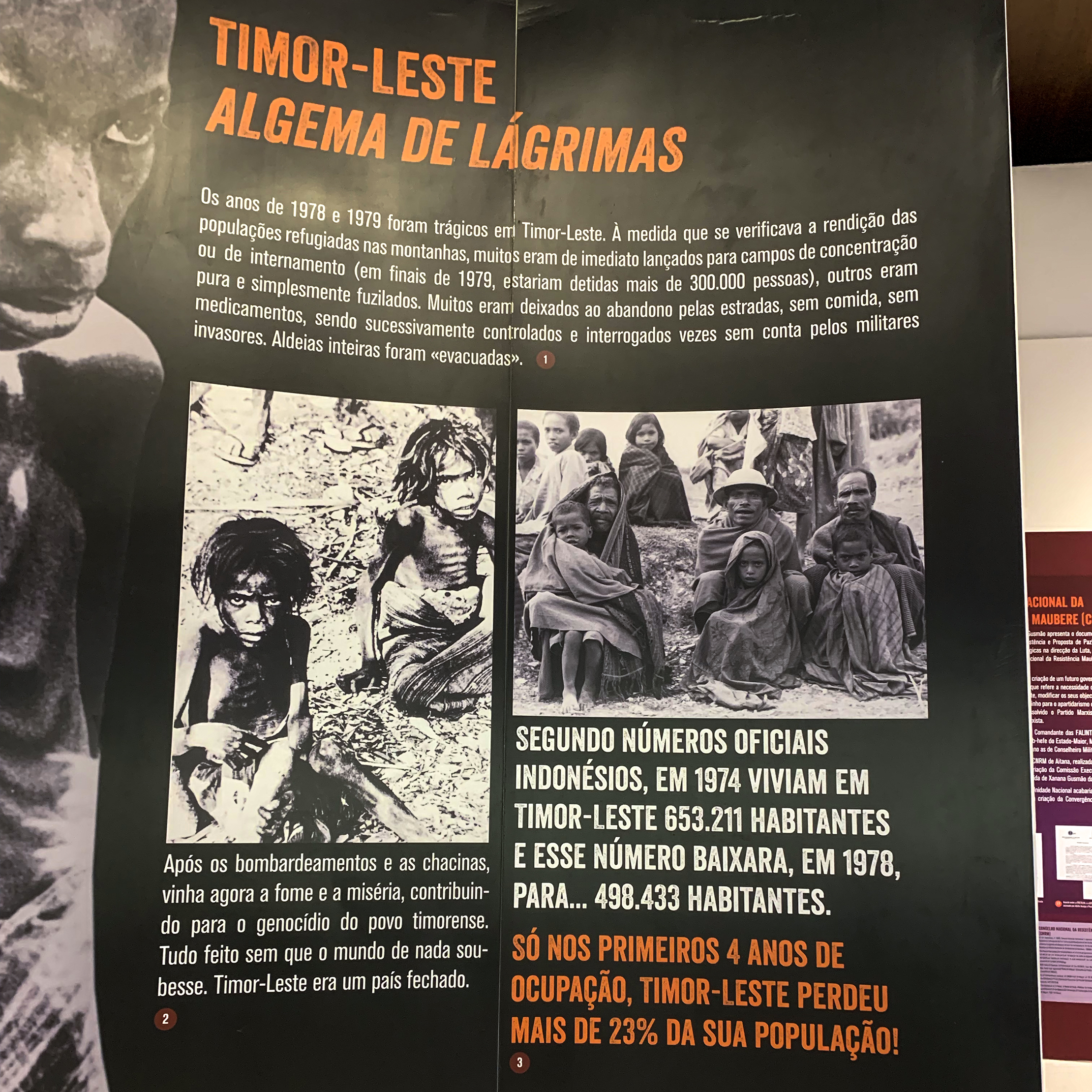 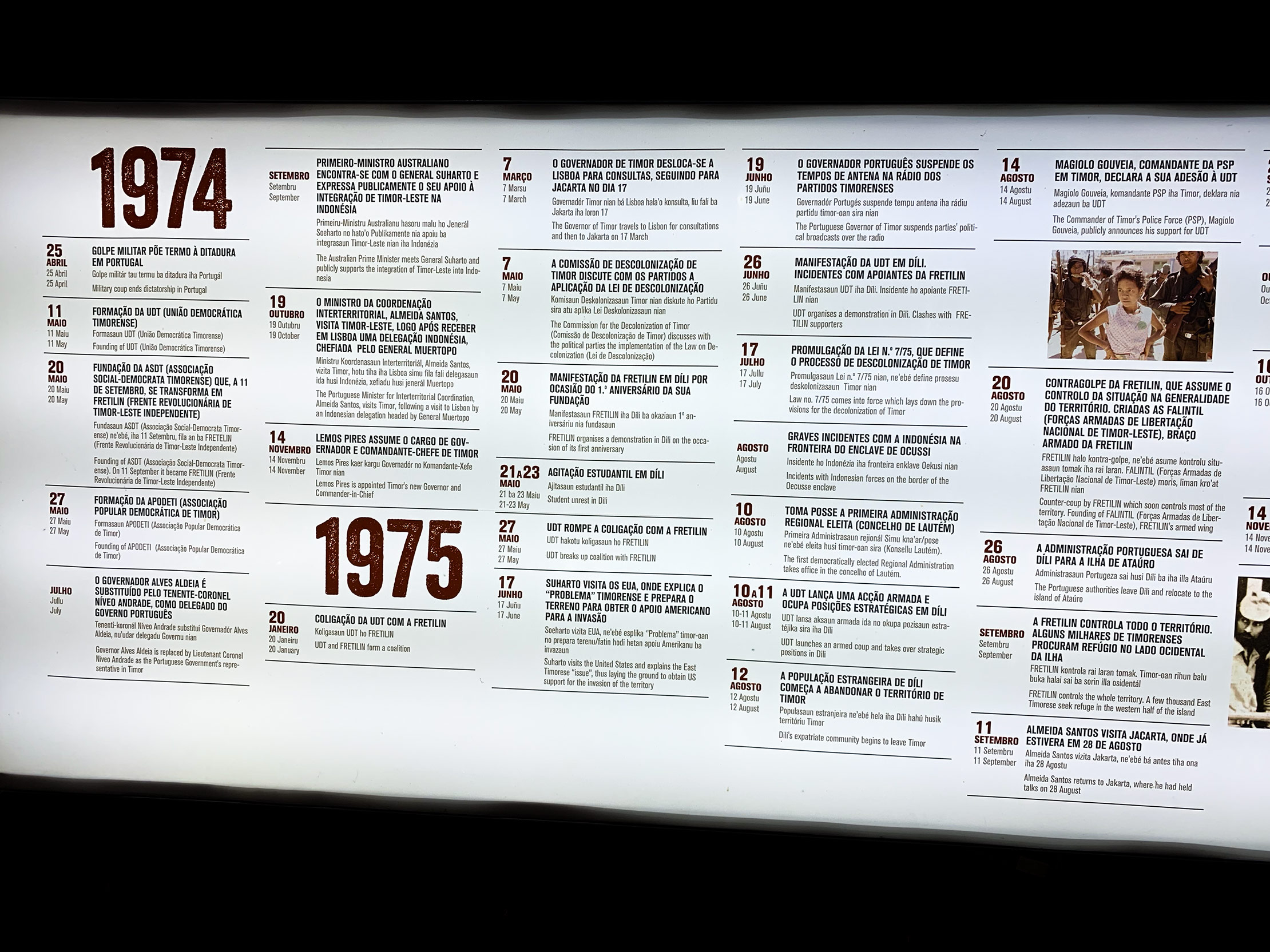 Across the way from a famous church is the Statue of Youth right next to the port. This monument pays tribute to an actual event that occured back during the invasion of Dili by the Indonesia. A young man lays dying, while another man, perhaps a friend looks outwards for help. When you see the video play of this scene at the museum, you will have chills seeing it in person in the lone park.

Unfortunately, the island of Timor and surrounding areas are teeming with saltwater crocodiles. When I was visiting Kupang, a local Indonesian man was killed in the offshore waters, just a few miles away from the hostel. I never tested the water in Timor-Leste, except for a small area on the backside of Cristo Rei known as Backside Beach, but I know they are out there.

To see these giant creatures safely, you can visit three saltwater crocodiles at the special unit police station in Bairro Pité. They’re all four or five meters long and enclosed in a very, if not too small of an area. But apparently they are well taken care of by the police force as a sort of protective mascot. I bought frozen chicken thighs at a store on the road next door and then fed the crocodiles. 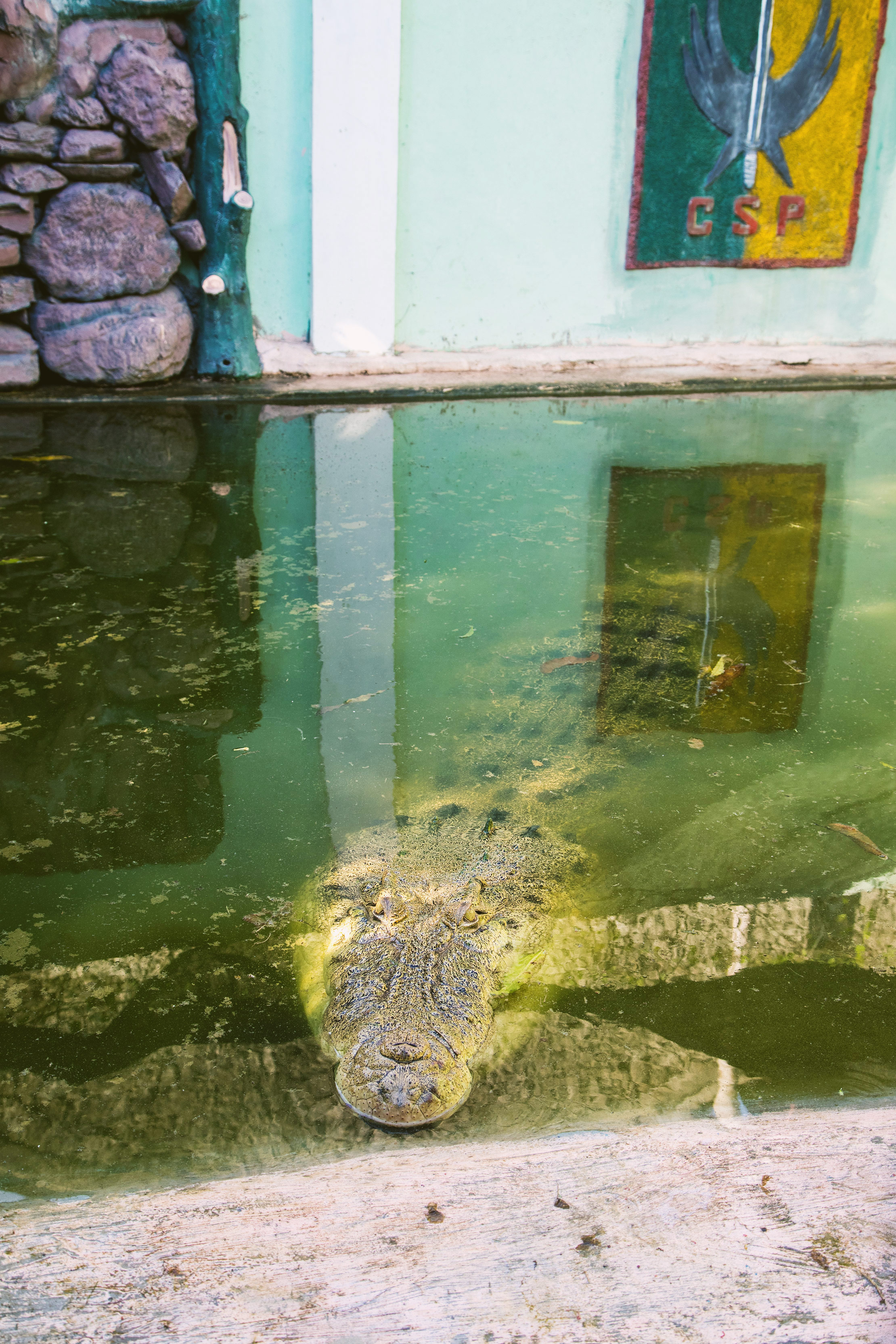 Getting up into the mountains is part of a visit to Timor-Leste. The views are outstanding and the mountains are an escape from the intense heat at sea-level. You can visit the small village of Daré to see a few churches. The dirt roads to the village are part of the experience. There used to be a cafe up here, but now you will have to bring your own drinks or stop at the small store down the road.

The tallest mountain in Timor-Leste, Mt. Ramelau beckons the most adventurous to climb it and if the climb isn’t arduous enough, then it is the rugged drive involving multiple travel segments. You’ll want to go to Aileu, then through to Maubisse, then to Hatobuilico where you can stay at Pousada Alecrim (Whatsapp +67077304366). The hike difficulty all depends on the conditions. Some say it is 1.5 hours to the top, while it might take more like 3 hours.

I’ll leave this one for the most adventurous, but climbing Mt. Matebian involves certain logistics that I don’t know exactly how to replicate. It’s the second highest peak on the island and is known in the legends as the Mountain of the Dead.

Everyone I have met who has visited Timor-Leste says that the people are some of the friendliest in the region. I would agree to this statement. Despite difficulties economically and socially, they remain a resilient people who are always courteous and willing to share what knowledge they have.

Eventually I will include an Atauro Island section. You can spot it off in the distance some 30km from Dili. The marine life and mountainous region has some of the best diving. Amazing whale and dolphin encounters can also be had year-round. 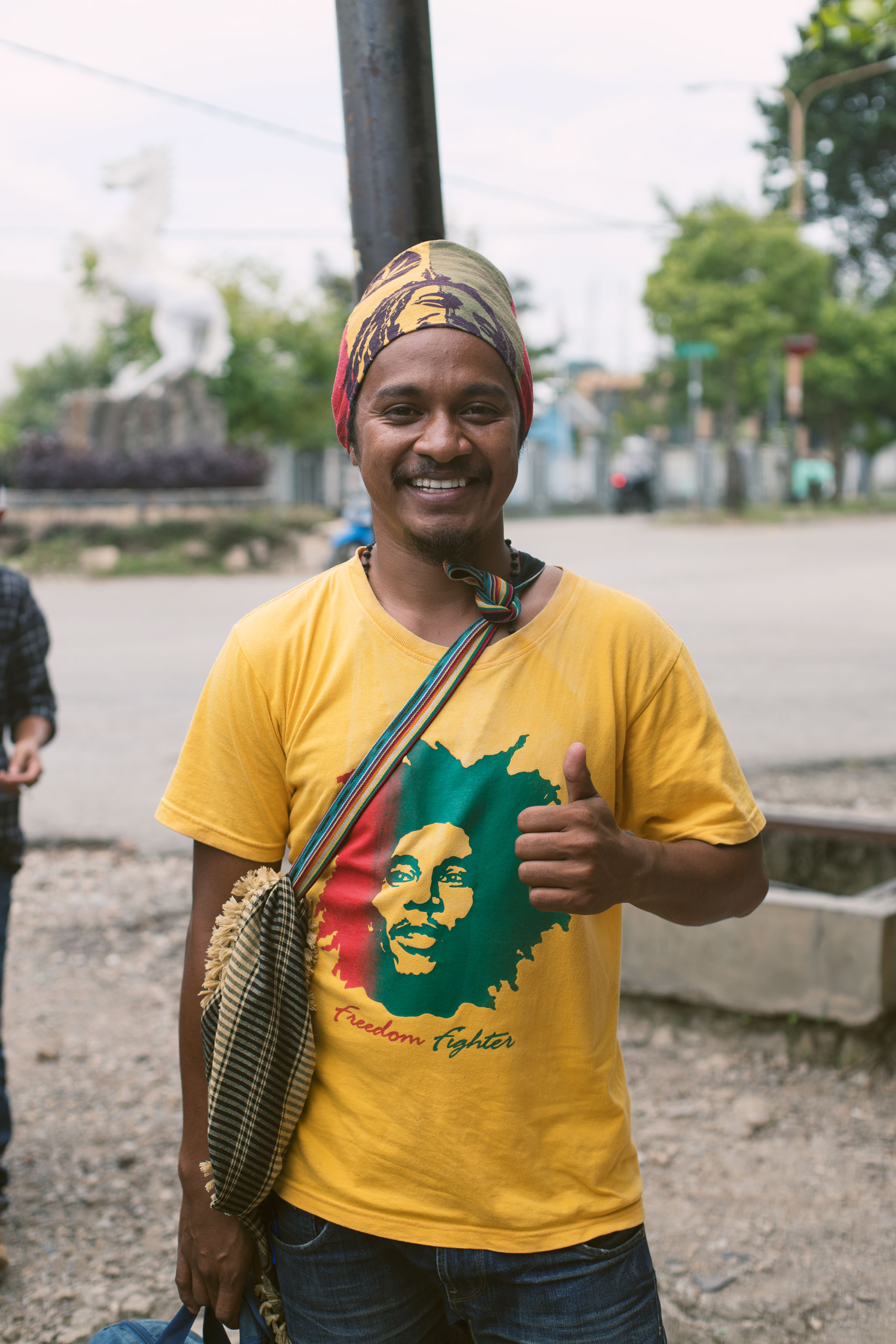 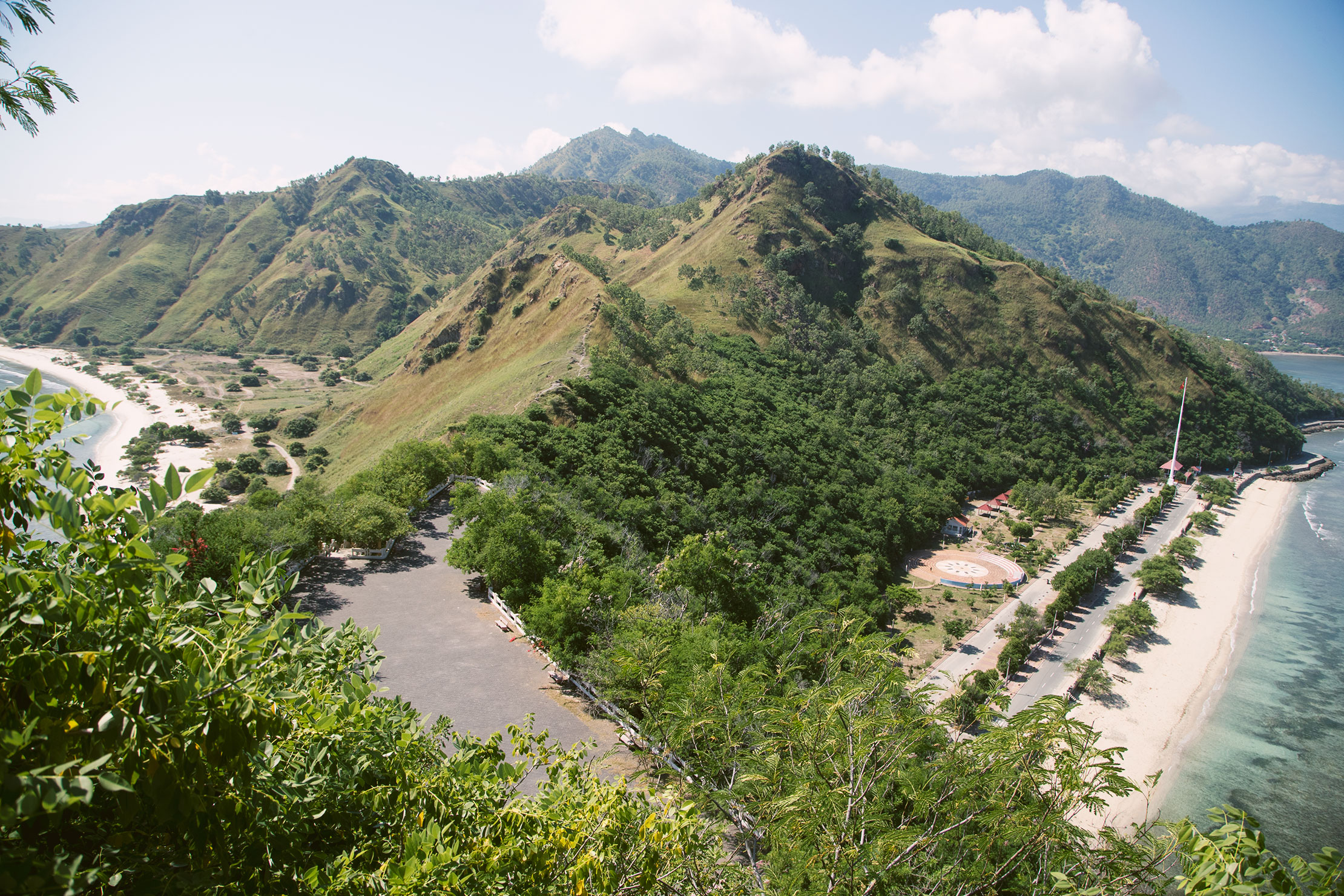 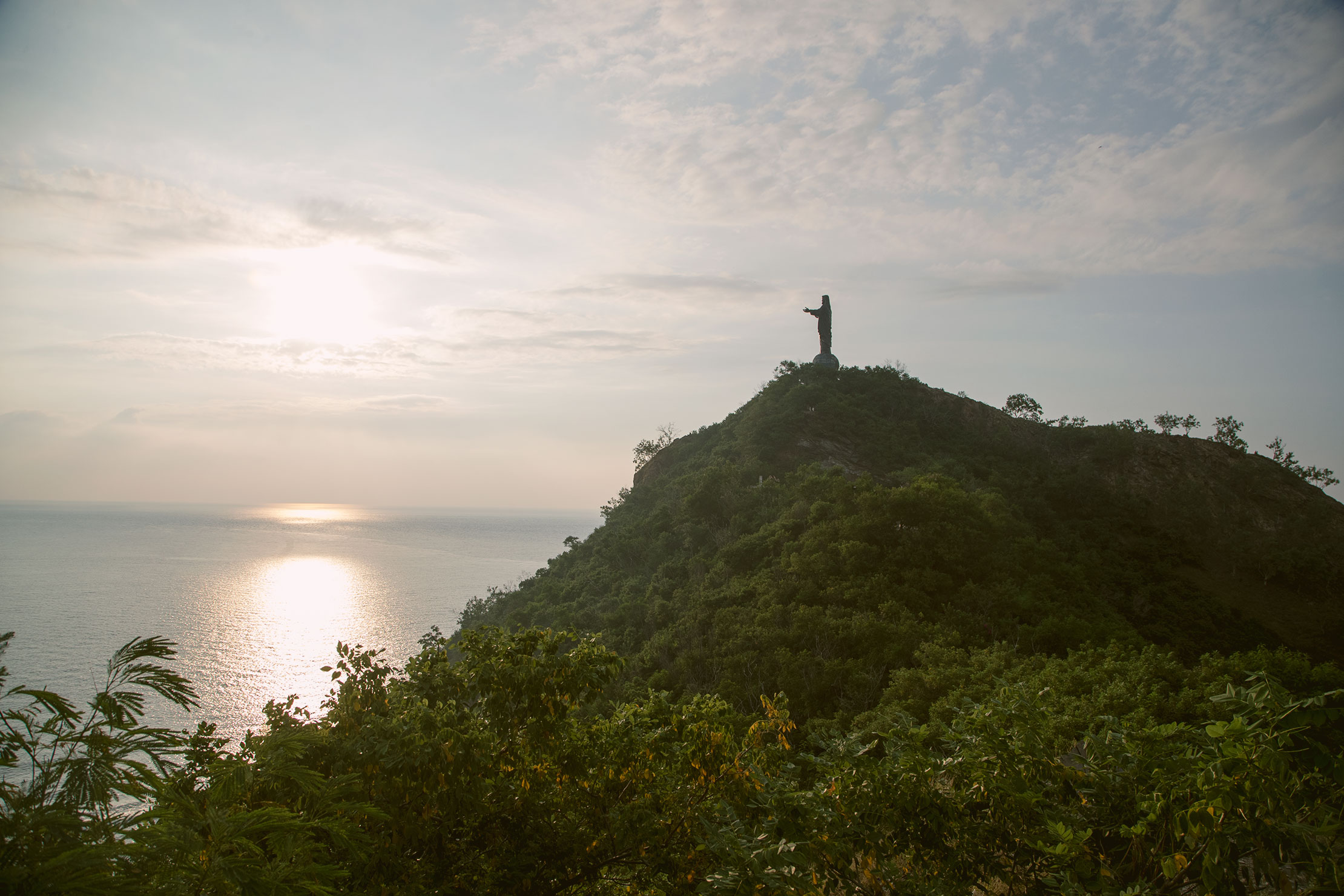