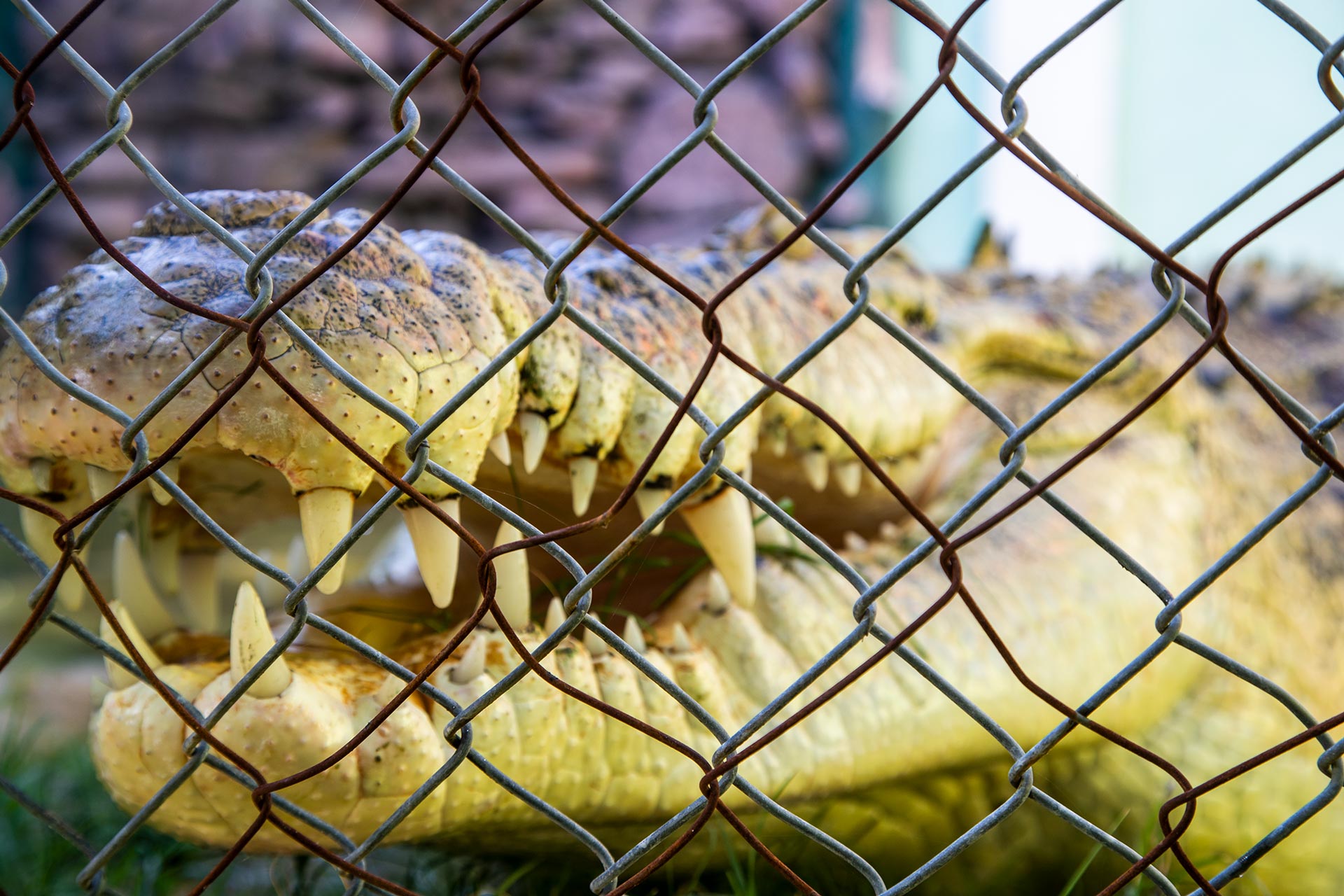 In the capitol of Timor-Leste, and all throughout the country, there are saltwater crocodiles to be seen. These massive animals, which can grow to five meters in length, live in salt and fresh water, and have survived and adapted for millions of years. They are some of the scariest creatures you can see in the world and are absolutely deadly due to their stealth and extreme jaw strength. If you do see one, you hope it’s not in the water.

In fact, when I was on this island (on the other side – in Kupang, Indonesia) there was a report of a fisherman who was killed because of a saltwater crocodile. It was crazy to think that they are out there in the water and that someone actually died because of an attack.

So when I was in Timor-Leste, and read an article about being able to see a few saltwater crocodiles in Dili, I had to go and see at least one of these things. 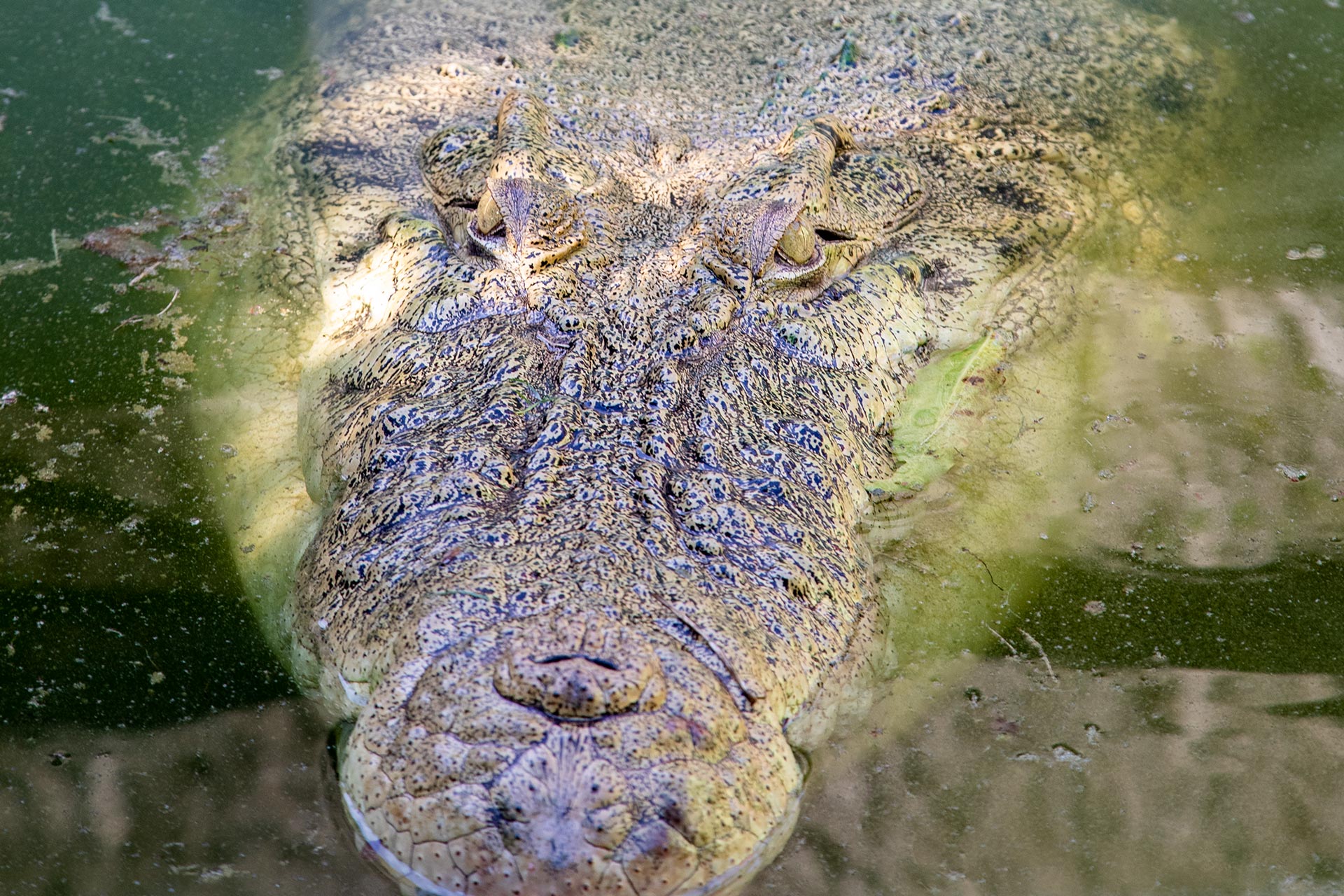 Luckily, you can see these animals up-close at the CSP, which is the special forces police of Timor-Leste – with the comfort of knowing that there is a chain-link fence between you and this huge creature. There are three of the animals at the CSP. Two of the crocodiles are 5m long and the other is a smaller, but still huge 4m long animal. They are in, unfortunately, smaller sized cages. I wish it could have been bigger, but these crocodiles will do just fine in this environment and they are well taken care of. 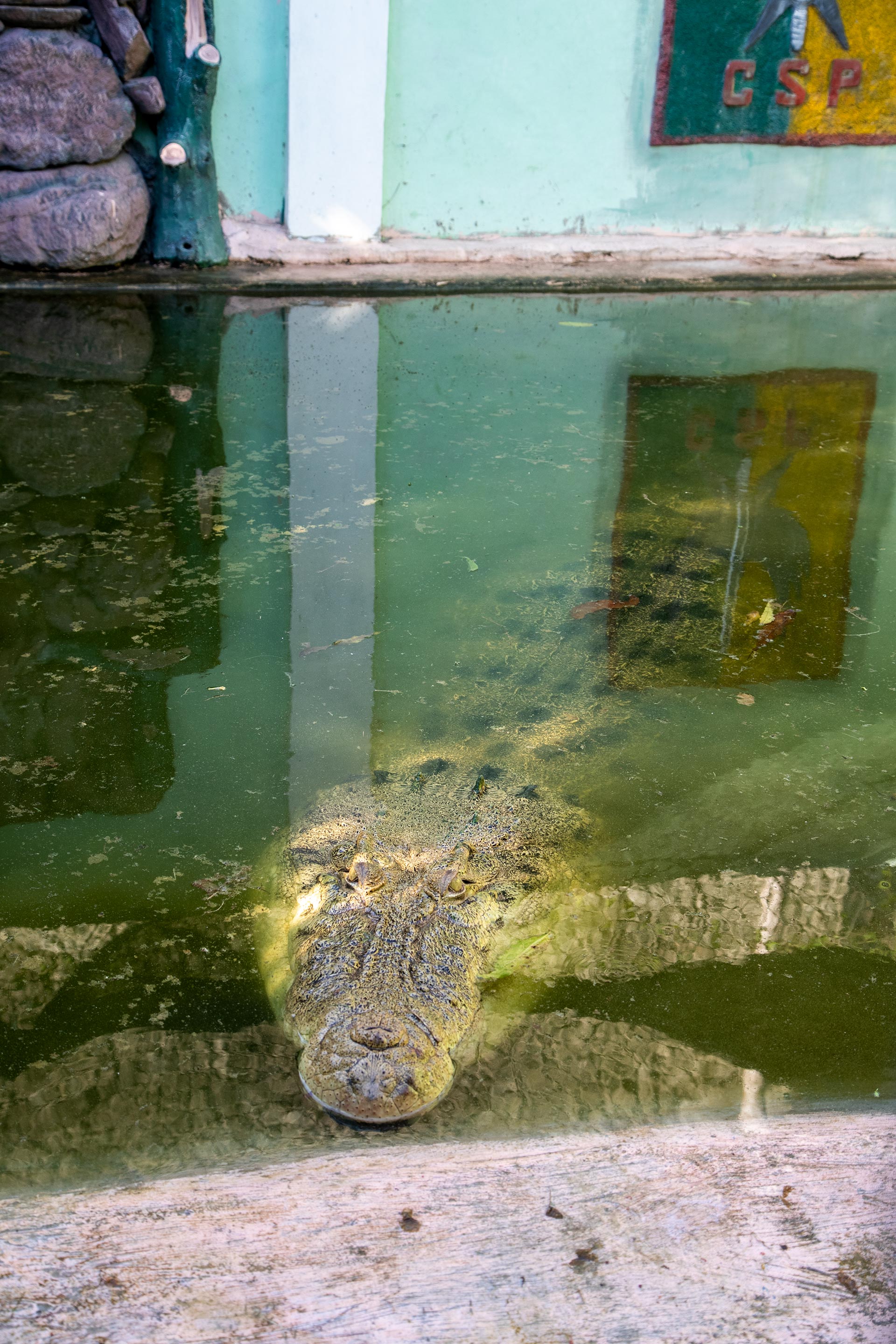 These animals are absolutely massive. Their whole body stretched to the other side of the pool. And they just sat there watching – so slow in their movements. 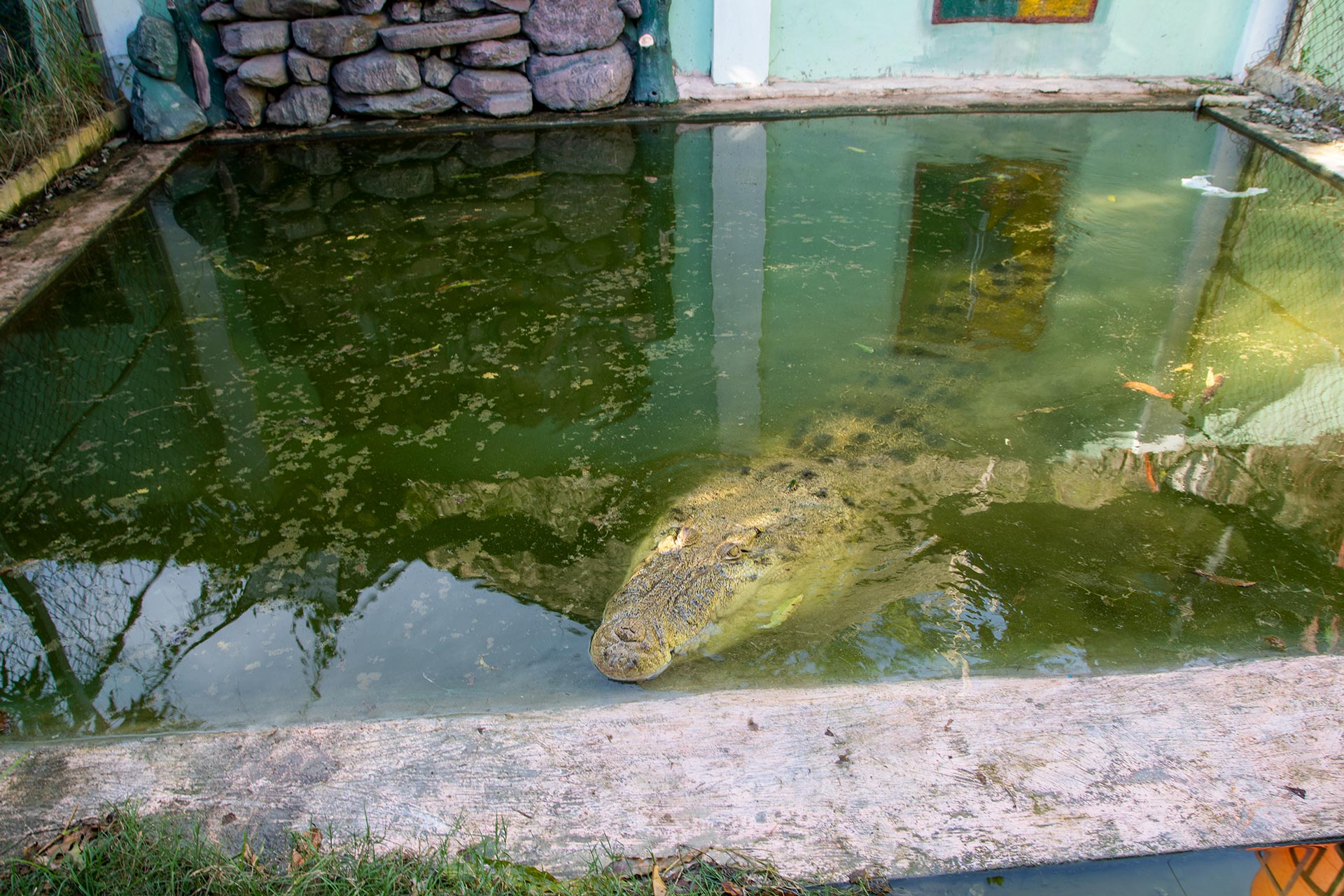 The exciting part is meeting some of the local officers and getting them to take you to the different crocodiles. They really like feeding the animals. It’s recommended that you bring a whole chicken (still frozen is okay) and then everyone can gather and see the croc eat the whole thing in one bite. They said this is enough food for a week for each of the animals. 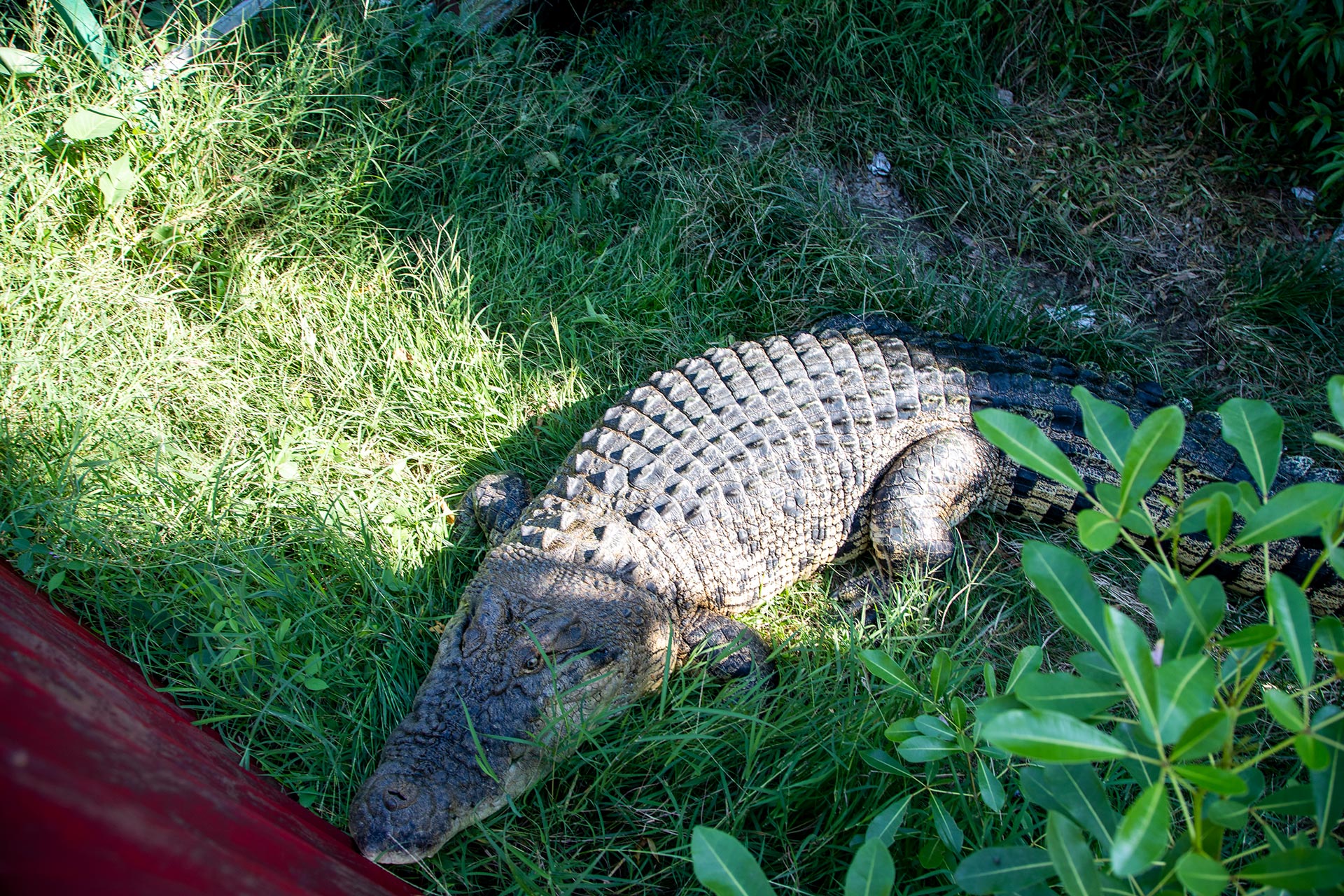 When I went, I just grabbed frozen chickens from the closest stand to the police entrance. They cost only a buck or two at a small convenience store nearby. From there I just asked where the crocodiles were located. 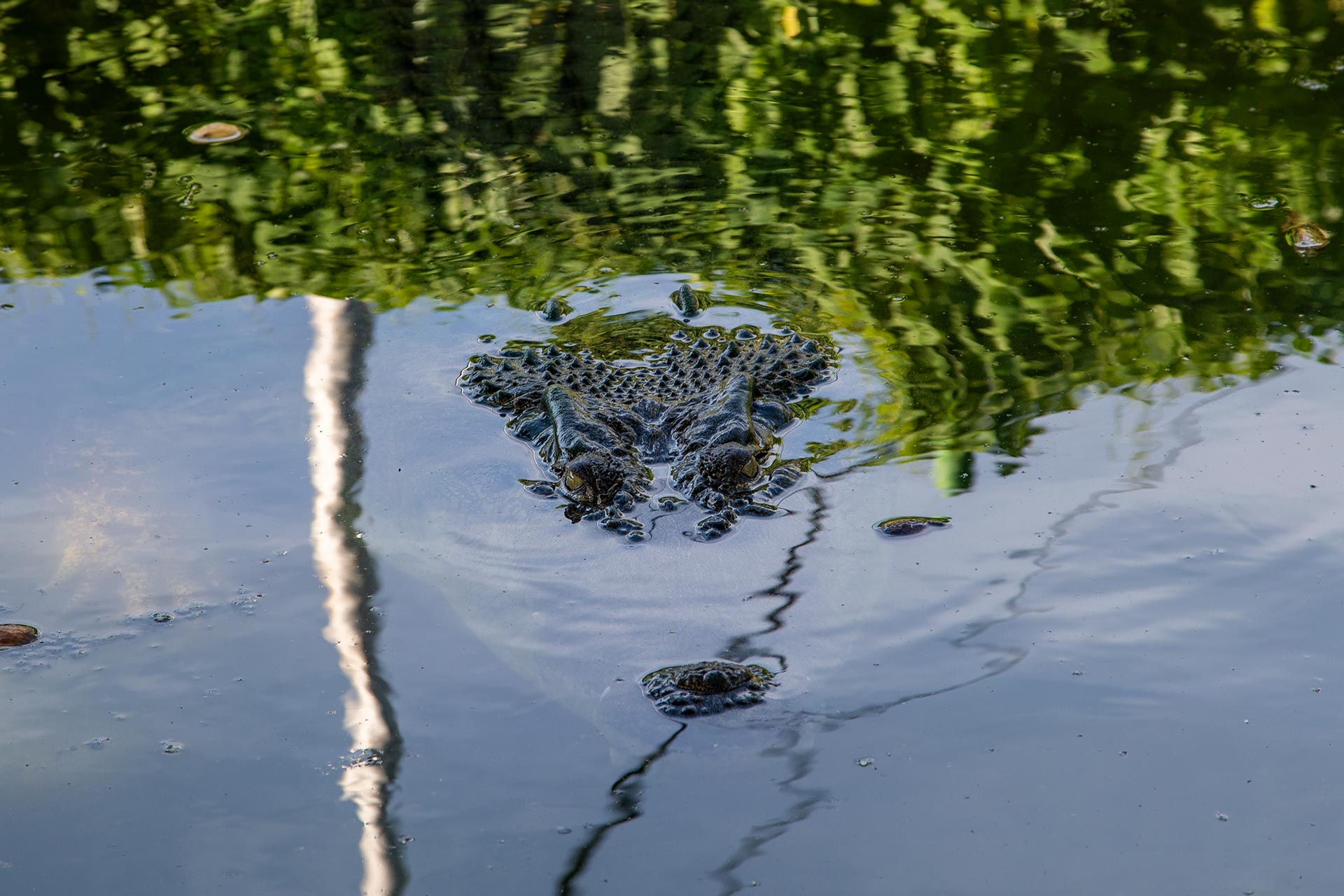 When I got to the police station, I just asked can I feed the crocodiles and they were really excited to help me get this chicken into the cage. Using a stick and a plastic bag tie, they made a long pole that held the chicken. The crocodile slowly started to move towards the gate, and then in one move lunged at the whole chicken, eating it in a few bites. 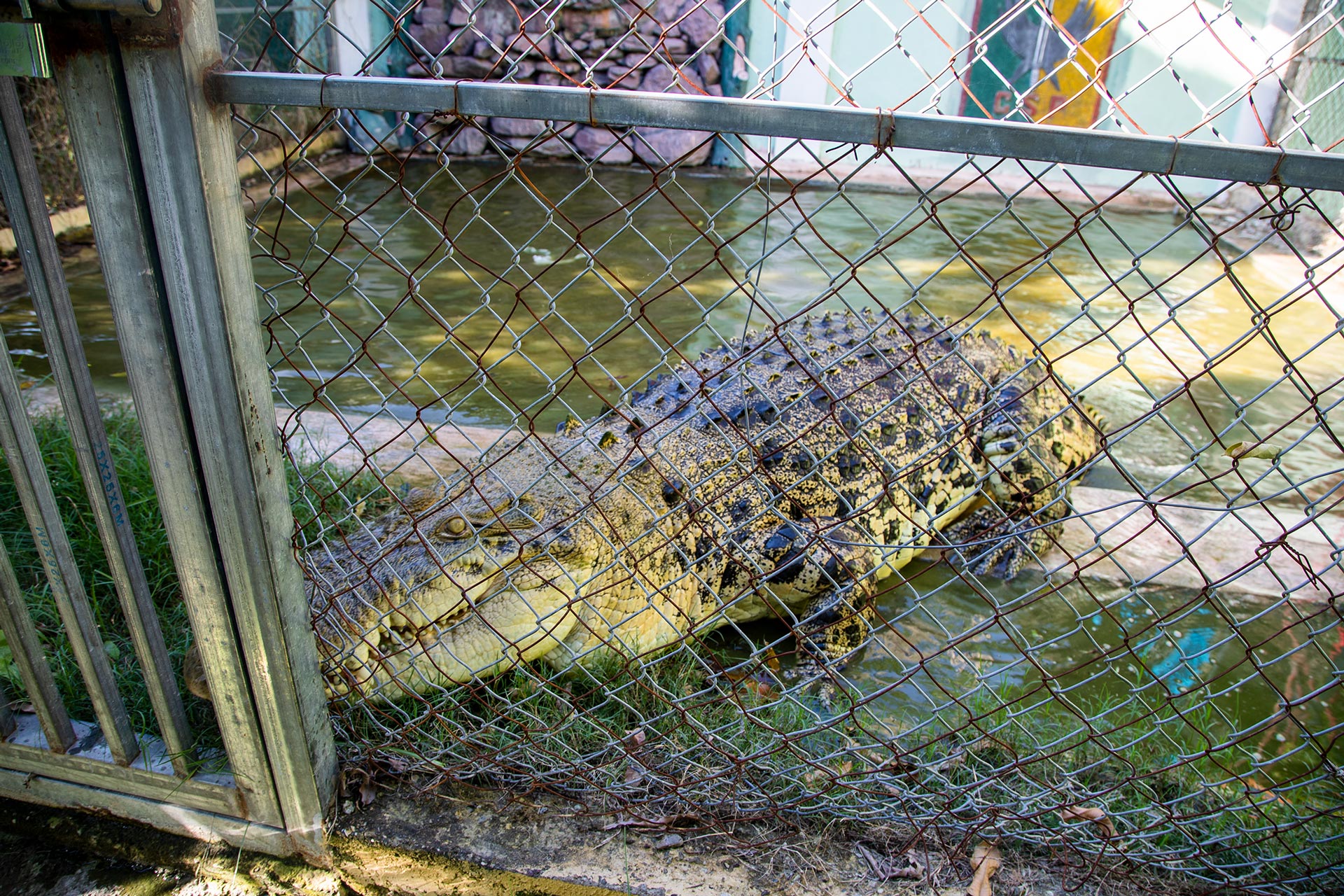 If you have the time, and make your way to the small country of Timor-Leste, then I highly recommend doing this. The town is already kind of slow for tourists, but this will be an exciting highlight to your day and to your trip.

Other places to see saltwater crocodiles include Darwin, Australia, and the island of Borneo.

On the Bairro Pite road you can find the Special Police Force headquarters. Just ask any vendors for frozen chicken and where the crocodiles are located. They can guide you to the entrance. Once you get inside the headquarters ground, just ask the front desk guard if you can feed the crocodile. They really enjoy doing this. 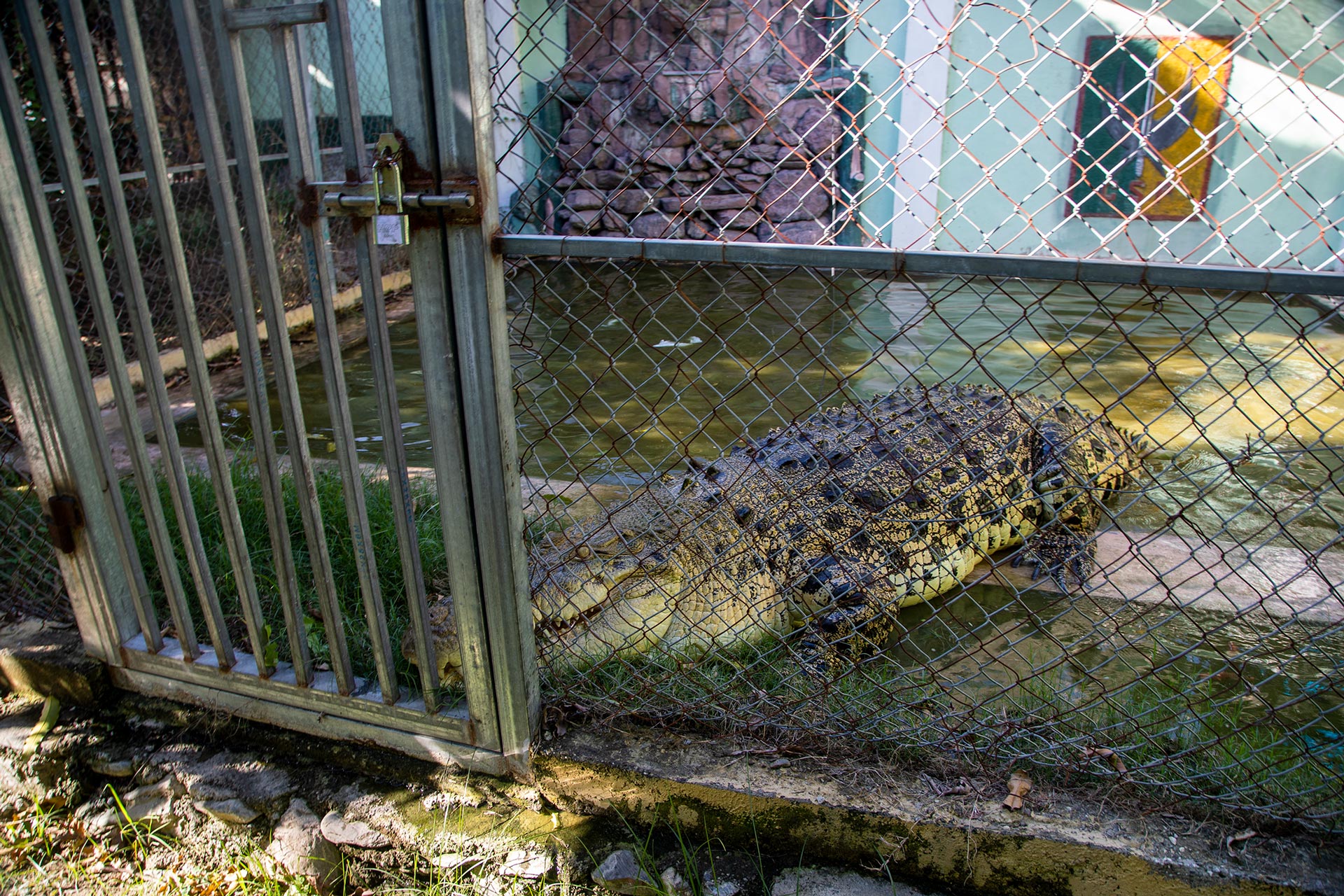